I don’t celebrate Passover every year, but try to when I can. And, for some reason, I am most determined to celebrate it when it is least convenient to. Last year, for example, when I was in Russia, I got it in my head that I MUST attend a seder. Through a complicated series of events, I ended up getting myself invited to the Head Rabbi of St. Petersburg’s family’s seder — by far the most Orthodox and traditional Jewish thing I’ve ever done. I was incredibly out of my element but luckily everyone mostly ignored me. They couldn’t wrap their minds around that, yes, I was Jewish, I knew the prayer over the candles and had been to many seders, but why would I dream of eating my matzah with something before the 8th day? Apparently these folks wouldn’t eat a matzah pizza or the famous cream cheese jelly schmear until the last day. As someone brought up pretty Jewish, these were the staples of the holiday! My Russian hosts were shocked when I spoke about our tradition of hiding the afikomen — a looked-forward-to treasure hunt for all Jews under Bar Mitzvah age, I had supposed incorrectly. To each their own, but I was so surprised to learn my own was so different than their own. There are so many ways to be Jewish, and our ways were very, very different. It was possibly one of the more uncomfortable evenings of my life, but I’m still glad I forced myself to seek it out and attend and have some sort of ritualistic connection itch scratched – and now I have this great story. 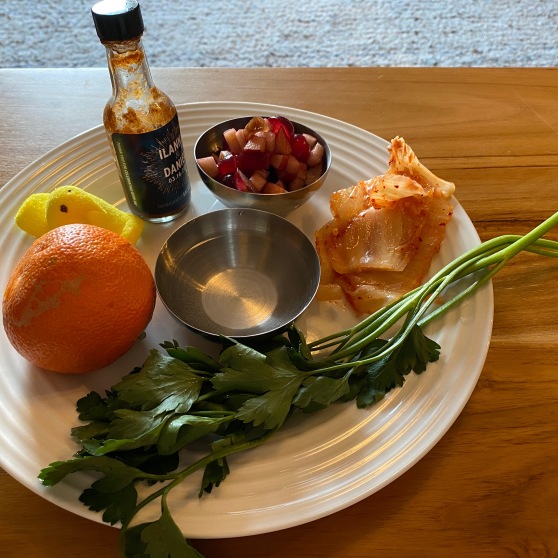 And this year, I decided I wanted to try to replicate Passover from my apartment as much as possible, never mind that I’ve never hosted it or tried to locate the various seder plate elements. I usually show up to family or a friend’s with wine or a flourless dessert and then happily eat the matzah ball soup and gefilte fish and carrot pudding and roasted veggies provided by others. 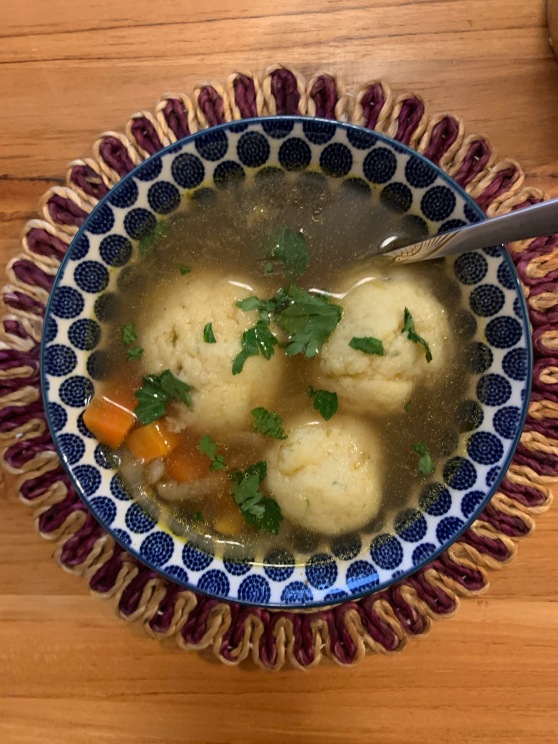 Here was the plan: chocolate covered matzah, homemade matzah, matzah ball soup, boiled eggs, charoset. (I contemplated gefilte fish made from a can of tuna but luckily stepped away from that madness before it was too late.) Then I had one boring tragedy after another: the caramel didn’t set for the chocolate covered variety, turns out homemade matzah tastes like baked glue, I didn’t have matzah meal so made “masa” ball soup (which was actually great), and, oops used all the eggs in the soup. Sigh, thwarted at every step. But! My charoset was awesome. Charoset is supposed to represent the mortar of the bricks the Jews were forced to use in ancient Egypt. It’s usually apples, nuts, Manischewitz. Welp, I do like apples? I decided to basically make sangria, but with proportions inverted. And it was delicious. There’s a recipe-ish below. You should try it. 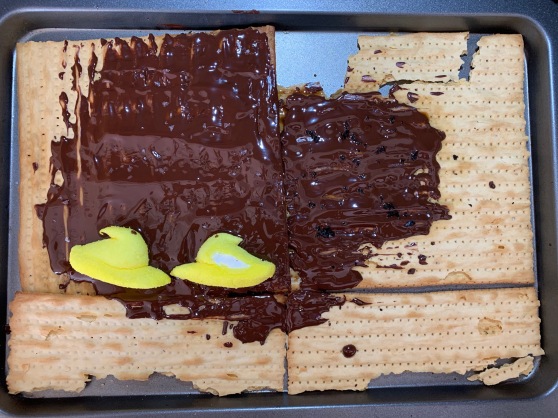 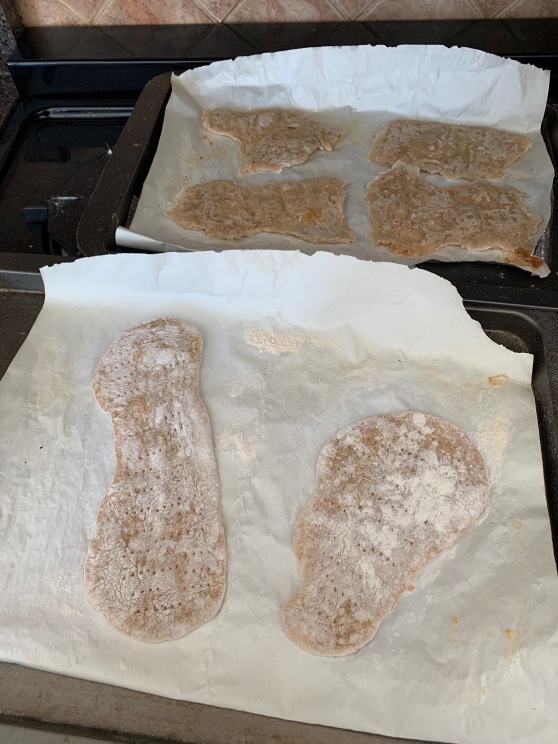 Oy, matzah isn’t supposed to be floppy. It’s funny that the moments I want to cling closest to my Jewish roots are when everything else has been turned over. Being in a new country, experiencing a pandemic unlike anything in lifetimes. I find comfort in clinging to old traditions and family and feeling grounded. In feeling like I am more than this moment — I am a continuation of what was before me and the future will continue to spiral outwards from this moment. There have been thousands of 30-year-old women fussing about boiled eggs and soup and wine glasses. I take comfort that in that when so much else is unknown. 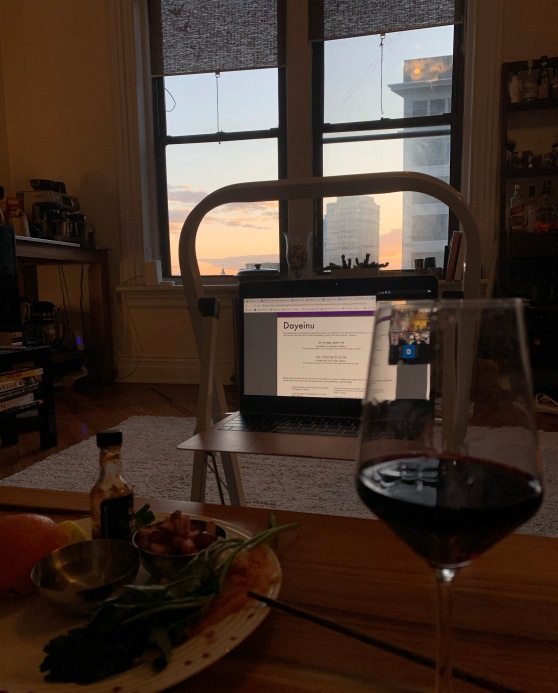 So, whether you are of the tribe or not, drunken fruit salad is never a bad idea. It’s pretty great on matzah (from a box, please) or just with a spoon.

Chop fruit of your choice into smaller-than-bite-sized pieces. I used one red apple, a big handful of red grapes, a perfectly juicy clementine, and a couple dates. Mix in a bowl. Add a healthy pour of red wine. (I finished an old bottle — probably about ¼ cup). Add two big spoonfuls honey, about ¼ teaspoon of cinnamon, and many dashes of orange bitters. Stir everything together and refrigerate, stirring every so often, until cold and well-combined.