Picnic season! These adorable, healthyish strawberry muffins were the perfect fruity pop to add to a spread. Although I can’t say they were the first thing gone, as they had to compete with tiramisu and two other cakes. Is that peak Brooklyn? Homemade tiramisu at a picnic? Or maybe it was 7+ things of hummus. If you have a picnic in Prospect Park and there aren’t at least half as many hummus tubs as people, did it even happen?? 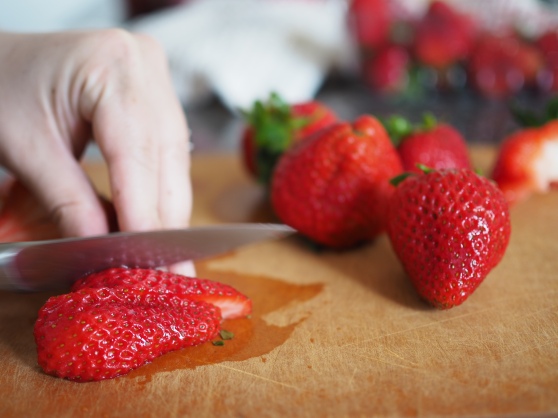 And I’m just going to let these pictures speak for themselves today. We broke out the real camera and gave these ruby spring babies a true photo shoot! Mmm. 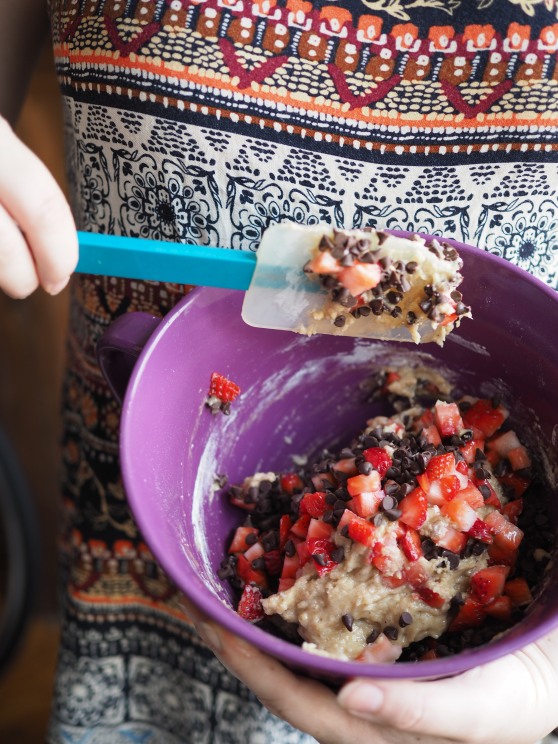 Some Notes — I tried to follow the recipe exactly but I kept adding and changing. The recipe below is as it was given to me. Here’s how I modified — 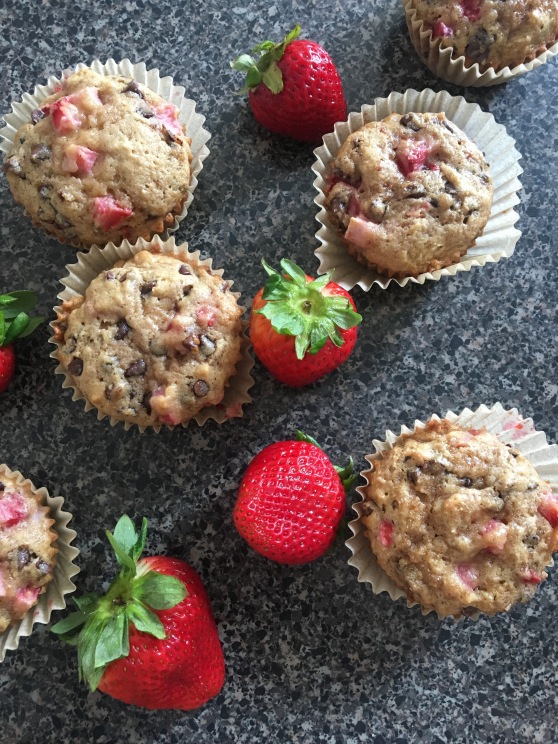 From my friend Katie – thanks!

Preheat oven to 350F. Set out 10 muffin liners in a muffin pan and spray with nonstick spray.

Mix together flour, baking soda, and cinnamon in a big bowl.

In another bowl, whisk the sugar, brown sugar, and applesauce until there are no clumps remaining. Whisk in the egg white.

Scoop into prepared muffin tins. Bake for 15-20 minutes, or until golden brown and a toothpick comes out cleanish (there are a lot of chocolate pockets — don’t let this fool you.)

Best day of, but can keep in an airtight container on the counter for a couple days.