My love affair with all food Asian goes far and deep. The night I graduated from high school we went to Minado, an enormous and yet high-quality all-you-can-eat sushi and seafood buffet that’s always packed to the gills (ha). I have brought three boyfriends there, who have all had to gain the stamp of Minado Success before being fully accepted into the family.  My parents bonded over late-night dinners in college at Moon Villa in Boston’s Chinatown. We ate it MINIMUM once a week growing up, and had a lovely relationship with Vanilla, the hostess at our favorite local joint. We are part of the ranks of Jews who consume their beloved sesame chicken and wonton soup on Christmas, albeit in a tiny town in the White Mountains, apres-ski. Heck, my Dad even had Chinese food at his Bar Mitzvah. It runs deep in the veins. 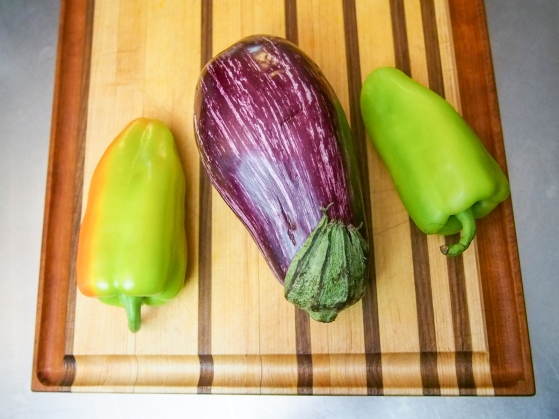 What I’ve discovered about New York Chinese food is that when it’s good, it’s very good. And when it’s bad, it’s AWFUL. In the suburbs, all Chinese food is fine. It’s not authentic, but you don’t expect it to be. It’s tasty and reliable versions of the same sort of food, usually for cheap, and always plentiful. Here, it’s a different story. You can either go to Chinatown and go to a specific regional restaurant and get fantastic food, or you can go to the take-out joint on the corner and have belly aches all night. Where is the suburban happy medium?! Why do literally all Brooklyn Chinese restaurants suffer from the everything-tastes-like-oil-and-uses-the-same-gloopy-sauce syndrome? It’s so disappointing, time after time. Thank goodness we have Thai, Japanese, Korean (and Turkish, Italian, Israeli, etc) aplenty to fill the void, and Chinatown is just one quick train stop away. On all other nights, there’s bastardized homemade “Chinese-ish” food. 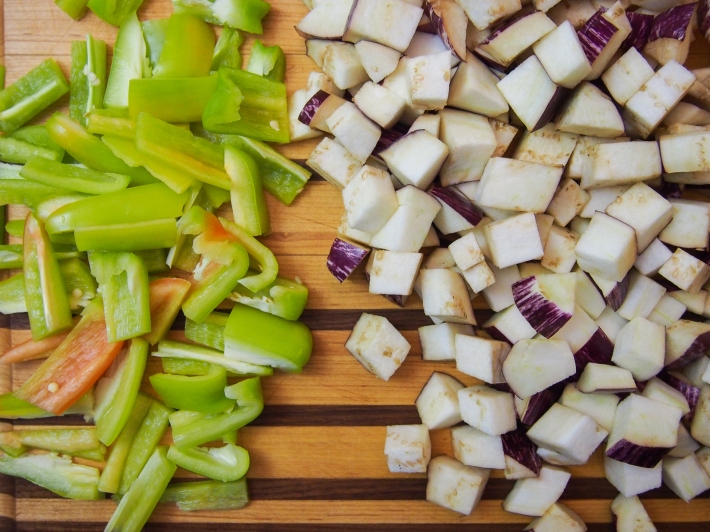 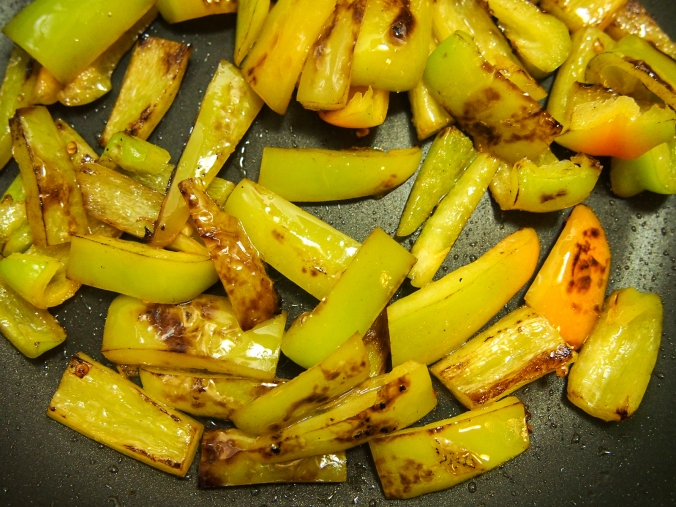 This pepper and eggplant dish is a freaking delicious version of above mentioned bastardized Chinese. It’s probably not something you’d ever get served in Chinatown but if I ate it at your house I’d be ecstatic. It’s salty and sweet and spicy and oily (but not too much) and crunchy and easy, too! Don’t you dare skimp on the fried garlic&peanut topping, or you’ll have serious regrets. Serve with brown rice and never suffer through gloopy mushrooms over overcooked and oil-shimmering lo mein again. Amen. 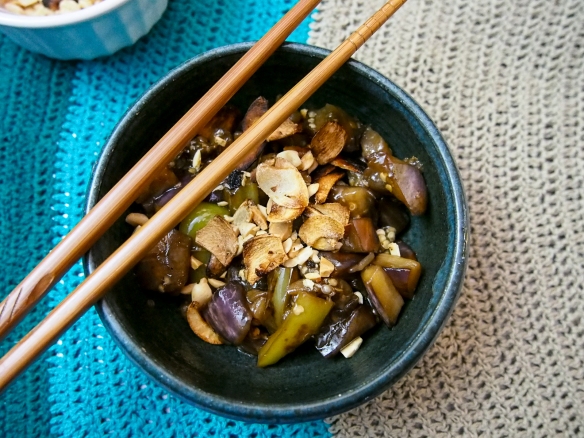 one year ago: spicy micheladas for drowning your autumn-relates woes and kabocha toasts with caramelized onion-maple jam to celebrate them

adapted from taste with the eyes

Heat two medium-sized pans. Add a tablespoon of oil to each. Add pepper strips to one and eggplant cubes to the other. Cook peppers on medium-high heat for 7 minutes, stirring frequently, until blistered and softened. Sprinkle with salt when done and set aside. Cook eggplant on medium heat for 9-10 minutes, stirring occasionally, until softened and starting to brown. Add more oil to eggplants if necessary, as they like to suck it all in immediately.

When eggplant is done, pour in the sauce. Cook for two minutes on medium high heat until it smells amazing. Add peppers and cook for about five minutes on lowish heat to let all flavors come together.

While that cooks, heat a small pan to medium high heat. Add 2 t canola oil. Add garlic slices and saute, stirring frequently, until garlic is nutty and golden brown, about 2-3 minutes. Drain on paper towels and coat with salt.

Top individual portions of eggplant and peppers with fried garlic and chopped peanuts. Serve with brown rice. Repeat until you wonder where the food has gone…