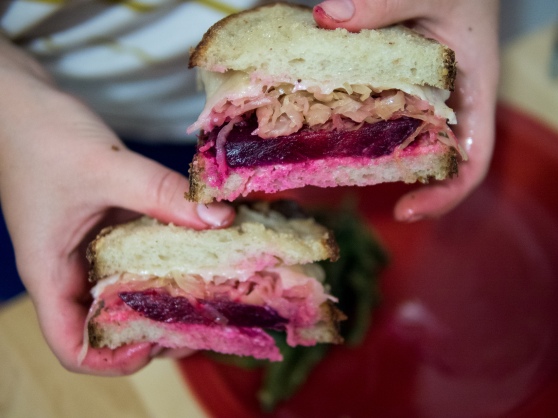 Things that make me feel badass: 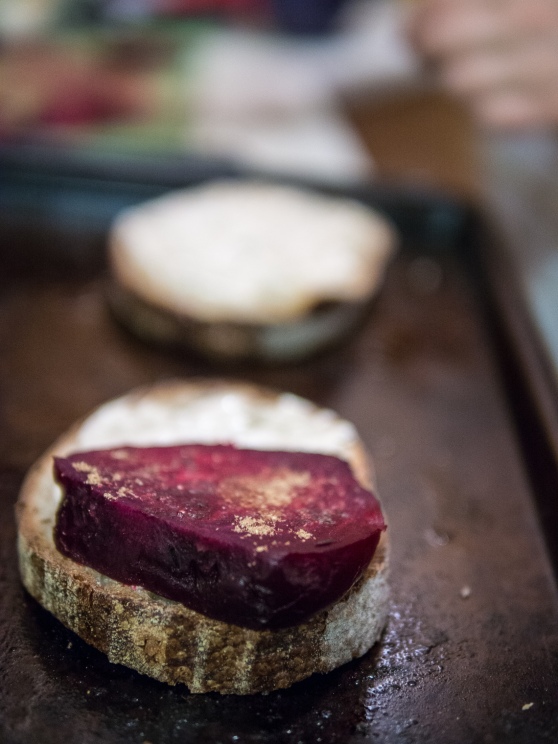 This is how Daniel would’ve written this blog entry, according to a late-night gchat where I kvetched about not knowing what to say:

He has a point. I know you want to nom nom on a sandwich now. 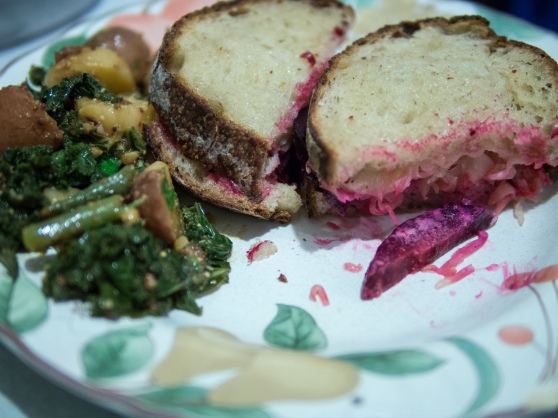 Preheat oven to 350 degrees. Drizzle beets with olive oil, salt, and pepper, and rub in until evenly coated. Wrap individually in foil and cook for about 1 hour, until easily pierced with a fork. Let cool. Peel off beet skin and cut into 1/4-inch thick slices. Sprinkle slices with smoked  salt and ground coriander.

To assemble sandwiches, preheat broiler. Spread butter on all the bread slices and broil for 3ish minutes, or until slightly toasty. Set aside 3 slices toast, and flip over the remaining 3 on broiler pan. Top each slice with a healthy schmear of Russian dressing, a pile of sauerkraut, a layer of smoked-salted-beets, and 2 slices of cheese. Return to broiler for one minute, or until cheese is melted. Top with buttered bread and dig in while still piping hot! Have a pile of napkins nearby.

Sandwiches were delicious with a side of mustardy potato, kale, and green bean salad!